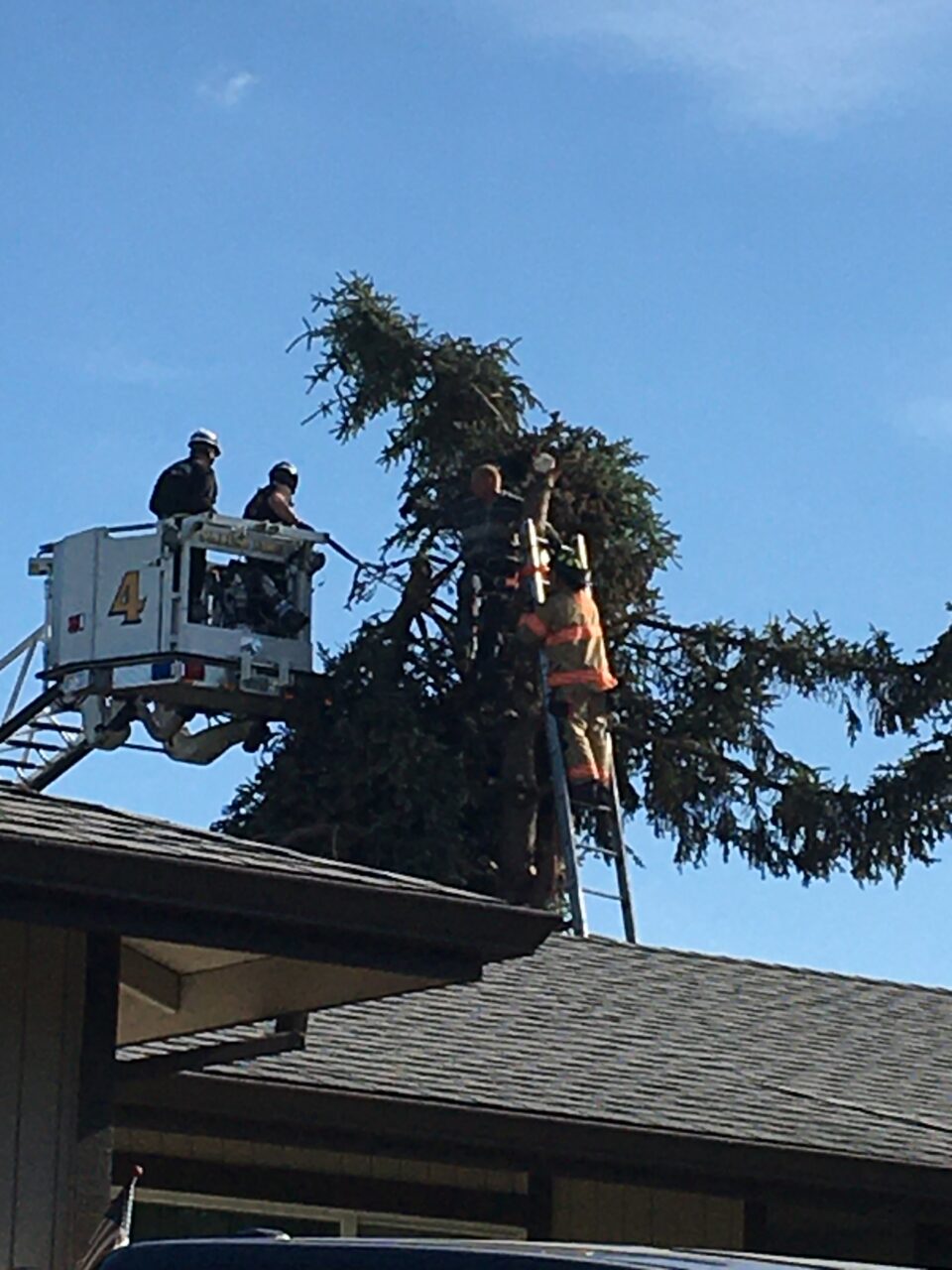 Today (6/4/2020) at 5:14 PM Marion County Fire District #1 (MCFD1) units responded to the report of a patient who was injured when struck by a tree and was possibly trapped.

First arriving units found a male patient who was approximately 30 feet up in a tree. The patient had been trimming to top portion of the tree. The top was secured with a rope to pull it away from a nearby house, but when cut, it fell opposite of the intended direction resulting in the rope coming across the patients shoulder and pinning him in the tree. The patient was conscious and alert but unable to get free of the rope and down the tree.

Additional resources were requested to assist with the rescue including an aerial ladder and Technical Rescue Team from Salem Fire Department.

The patient was initially accessed by a ground ladder and was secured in the tree and worked with fire personnel to free himself from the rope pinning him. Once secured, Ladder 4 from Salem Fire was able to position to access the patient and safely remove him from the tree into the ladder platform. The patient was brought to the ground and was evaluated and transported by medics to Salem Hospital with minor injuries.

MCFD1 responded to the incident with two engines, one medic unit and one Battalion Chief. MCFD1 was assisted by Salem Fire Department who responded with two Ladder trucks, two engines, one heavy rescue and a Battalion Chief. MCFD1 extends a special thank you to Salem Fire Department for their assistance with specialized equipment and highly skilled Technical Rescue Team.