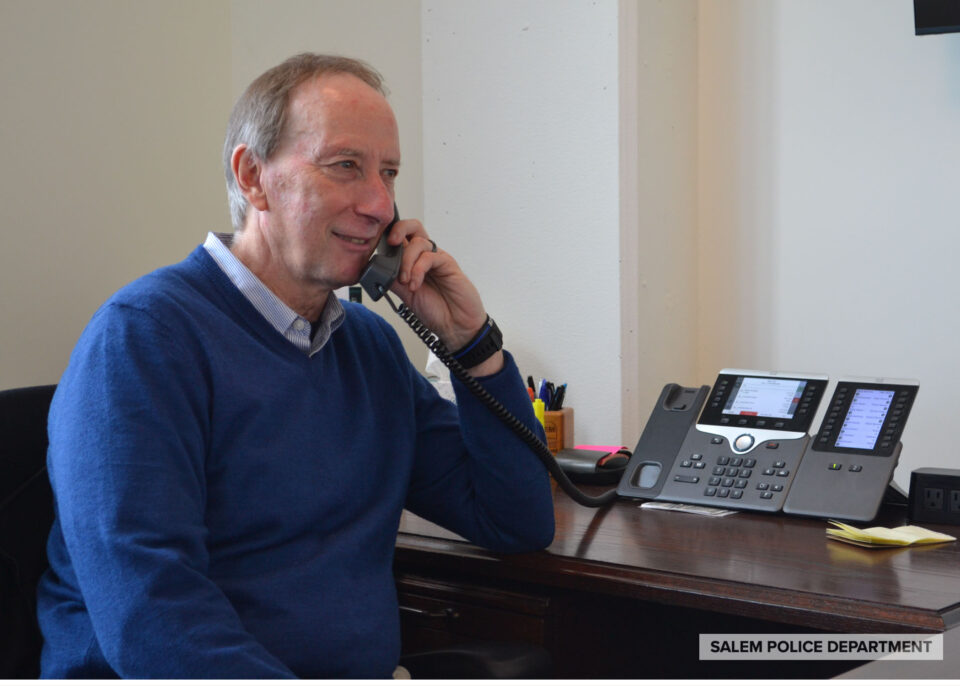 Salem, Ore. — After 43 years of law enforcement service, Salem Police Chief Jerry Moore officially retires as top cop for the city of Salem. Moore originally announced his retirement plans on November 30, 2019 yet served as interim chief at the request of Salem City Manager Steve Powers. Powers wanted Moore to complete some unfinished projects, such as the completion of the new police station and the hiring of the new chief of police.

A native Salemite, the Chief grew up in the Highland neighborhood and attended McNary High School. He graduated in 1974 and shared the stage with three classmates who would also become Salem Police officers. After high school, Moore attended and graduated from the Oregon College of Education, now known as Western Oregon University.

Although he started his career with the Dallas Police Department in 1977, he was hired by Salem Police in 1979. Moore quickly rose through the ranks with promotions in 1981, 1985, 1993 and 1997 as corporal, sergeant, lieutenant and captain, respectively.

Moore worked in every division of the department gaining experience and making his mark. For example, it was under his tenure as a sergeant that Moore created the first Street Crimes Unit, a plainclothes squad that addresses narcotics and vice crimes. As lieutenant, the future chief attended the FBI National Academy, an opportunity offered only to a select few who are invited through a nomination process.

It was in November of 2005 that Jerry Moore became the ninth person to hold the title of Chief of Police. Prior to 1922, Salem’s top law enforcement leader had the title of marshal. Nonetheless, Moore served 15 years as the agency leader and as such, represented the community’s interests in a variety of state and local task forces on the topics of child welfare, college campus safety, hate crimes, and mental health—just to name a few. The chief was also a member of the Marion County Children & Families Commission, Family Building Blocks board, and the Mid-Willamette Valley Homeless Solutions Task Force.

Chief Moore’s current deputy chiefs and communications director each have recollections on their leader’s commitment to the public and the agency.

“One of the things I admired about Chief Moore is his genuine care for the people of this community. He always listened and tried to find a way to make things better—together,” said Deputy Chief Steve Bellshaw of the Support Division. “It is those qualities that made him a great leader.”

Deputy Chief George Burke, who leads the Investigations Division, reflected on Moore’s care for his staff. “In my 30-plus years of working with different chiefs, I have never known a chief with his level of compassion for employees. He is by far the most caring and empathetic leader that I’ve ever worked with,” said Burke.

As director of the dispatch center, Mark Buchholz, shared the same sentiment, “He always worried about the men and women in this organization and made a deliberate effort to recognize all members of the department, sworn and professional. He is top-notch.”

Deputy Chief Skip Miller of the Patrol Division remembered Chief Moore’s work toward building a relationship with Salem’s diverse community. Miller recalls Moore’s efforts to reach out to local leaders in 2014 after the Ferguson, Missouri shooting. A then newly-appoint deputy chief, Miller joined Moore in a service with local Black pastors. “The relationships we started through the Chief’s efforts were incredible,” shared Miller. “Chief Moore understood the importance of strengthening community ties and I have always admired his continual focus on the public’s welfare. And, I will always appreciate the support and mentoring Chief Moore gave me.”

Due to the current pandemic guidelines, a full celebration of Chief Moore’s career was not possible. He spent his last day meeting briefly with Mayor Bennett and the city manager and taking phone calls from many well-wishers.

Those who would still like to convey their regards to Chief Moore on his outstanding service to the Salem community can send an email message to salempolicepr@cityofsalem.net by December 3, 2020. The messages will be collected and shared with the new retiree.