OSP Responds to Activities at the Oregon State Capitol- Update 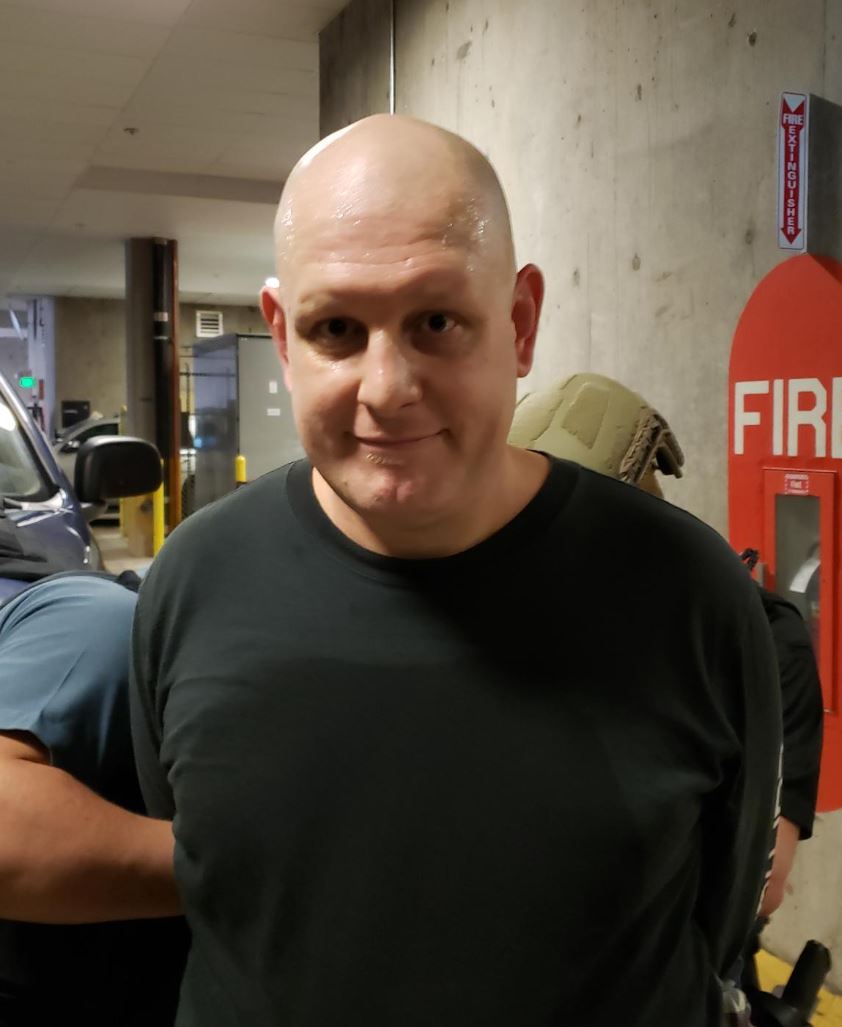 On Monday, December 21, 2020 at approximately 8:30 A.M., a group of people attempted to enter and protest inside the Oregon State Capitol.  The Oregon State Capitol is closed due to COVID precautions.  The Oregon State Capitol had set up televisions outside of the building for people to monitor the proceedings inside.  Oregon State Police Troopers had checked and secured the doors to the Capitol.  A door on the Northwest corner of the building was opened by a person exiting the building.  Several protesters entered the vestibule area.  There they were contacted by Troopers and asked to leave.  As Troopers attempted to keep them from entering the main area of the Capitol, the altercation became physical (pushing).  A protester sprayed some kind of chemical irritant (mace /OC / bear spray) into the vestibule.  Troopers used inert Pepper Balls to keep the crowd back (essentially a paint ball filled with an inert powder) and Salem Police were able to keep the crowd contained in the vestibule.

OSP Troopers and Salem Police gave everyone in the vestibule several warnings to leave or they would be arrested for trespassing.  At approximately 10:30 A.M., a protester again sprayed a chemical irritant at police.  Police arrested Ryan Lyles (41) for felon in possession of body armor and unlawful use of mace.  Protesters also deployed a device, which emitted smoke during the engagement.

Two people remained in the vestibule and were arrested, Ronald Vanvlack (75) and Jerry Dyerson (53) and charged with Criminal Trespass and Disorderly Conduct.

At approximately 1:30 P.M., the crowd again attempted to gain entry through a door on the west side of the Capitol.  The window to the door was broken, but the building was not accessed.  Police arrested Jeremiah Pruitt (35) for Criminal Mischief and Disorderly Conduct.

Jeremy Roberts (40) was also identified as a person that attempted to gain access through the west door and an attack on two reporters.  Troopers are attempting to locate him at this time and he is not currently in custody.

The 3rd Special Session of the 80th legislative assembly was able to continue and conduct legislative business throughout the day.

On December 21, 2020 at 1:30 P.M. a subject attempted to gain entry on the west side of the Oregon State Capitol building by breaking a widow of one of the doors.  He was taken into custody.

On December 21, 2020, while dealing with individuals that had gained entry into the Oregon State Capitol, OSP Troopers where sprayed with some kind of chemical agent on 2 different occasions.

At 8:30 A.M., when protesters entered that capitol building, at least one of the protesters used chemical agents on the police.  That person is still outstanding.  OSP used inert pepper ball, while dealing with these protestors.

At 10:30 A.M., when there were enough resources available between OSP & Salem Police Department, they started to push the crowd out of the building, when another individual used bear spray against police officers.  That person, who has been identified as Ryan Lyles (41) (see photo), has been taken into custody.  He is being lodged at Marion County Jail on multiple charges including trespassing and assaulting a police officer.

OSP has not deployed any CS gas.

The Oregon State Police encourage people to exercise their first amendment rights, but it must be lawfully.  Please, discontinue the acts of vandalism or destruction of property.  If you commit a crime you will be subject to arrest.

Due to the overwhelming number of media requests, we will not be responding to individual requests at this time.

The Oregon State Police encourage people to exercise their first amendment rights, but it must be lawfully.  Please, discontinue the acts of vandalism or destruction of property.  If you commit a crime you will be subject to arrest.