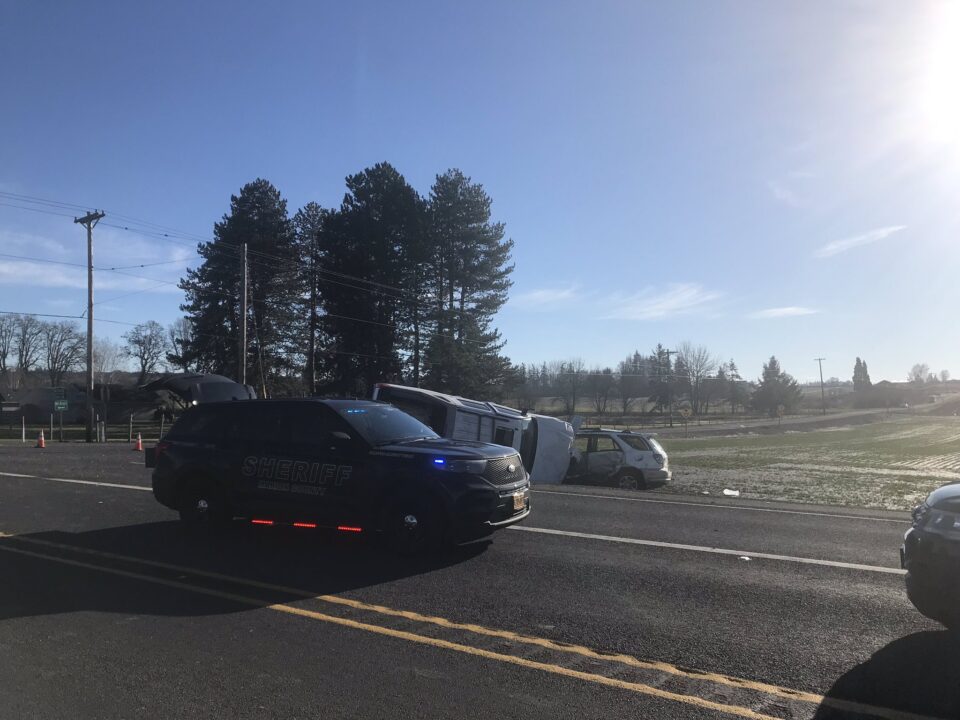 On December 28th, 2020, at approximately 11:40 a.m. deputies responded to a motor vehicle crash at the intersection of Silverton Road NE and Brush Creek Road NE.  When first responders arrived at the scene they located two involved vehicles, a silver 2002 Lexus RX300 and a white 2006 Chevrolet Avalanche which had been in a t-bone type collision.

The driver of the Lexus, Marcia Ushimaru, 66, of Mt. Angel was transported from the scene by ambulance to an area hospital where she later died from injuries sustained during the crash.  There were no other passengers in the vehicle with her.

The Avalanche was occupied by three people at the time of the crash.  The driver, Regina Berntgen, 52, of Salem and two passengers were transported by ambulance, none of the occupants from the Avalanche sustained life-threatening injuries.

Deputies from the Marion County Sheriff’s Office CRASH team responded to assist with investigating the crash.  Deputies determined the driver of the Lexus had been going southbound on Brush Creek Road NE prior to the crash.  The Avalanche was traveling westbound on Silverton Road NE when the driver of the Lexus pulled out in front of them for an unknown reason.  At this time it does not appear as if alcohol or speed were contributing factors to the crash.  Silverton Road was closed for approximately three hours during the investigation.

The Sheriff’s Office was assisted by the Silverton Fire District, Woodburn Ambulance, and Marion County Public Works during this incident.