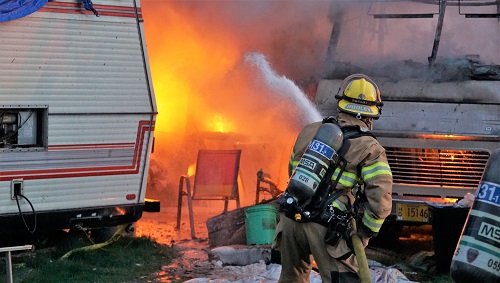 Three people were injured in an early morning RV fire today. It happened around 6:30am on River Road in Lebanon. A 40-year-old woman woke up with her foot on fire. She was able to escape with her 9-year-old daughter. Both sustained burns and were taken to the hospital before firefighters arrived. The third victim was trapped in the rear of the motorhome. She was able to break out a window with the help of a neighbor. She had some cuts from the window on her foot and ankle and was treated at the scene. Firefighters say a candle left burning overnight was the cause of blaze. The 30-foot class A Motorhome was a total loss.