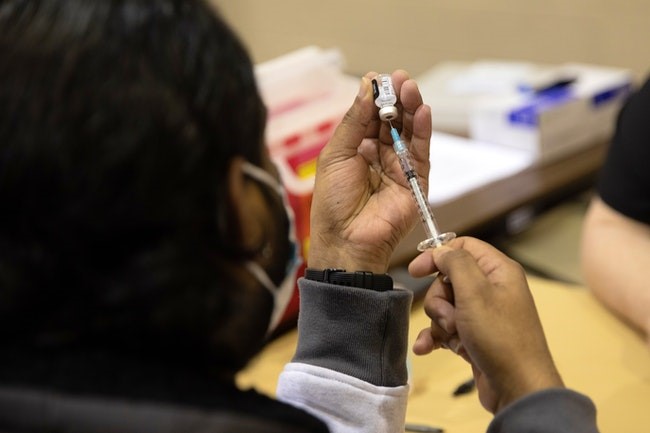 Marion and Polk counties will begin vaccinating agricultural workers and adults 45 and older with underlying health conditions against Covid starting March 22, according to the Salem Reporter.

That’s a week ahead of the state’s timeline for eligibility. But Gov. Kate Brown announced Friday she would allow counties who have “largely completed” vaccination of seniors and other groups now eligible to move ahead. She also said migrant and seasonal farm workers currently working in the fields would be eligible March 22.

In a letter to Oregon Health Authority director Pat Allen, the Marion County Board of Commissioners said the county has vaccinated 58% of residents 65 and older and is starting to see a decline in attendance at local vaccination clinics.

“By allowing Marion County to start vaccinating those groups earlier than March 29, we will be able to protect the health and safety of these groups as quickly as vaccine supplies allow,” commissioners wrote.

Polk County Commissioner Craig Pope said Friday morning the county would also seek to move their schedule up by one week.

Allen said Friday during a news conference that OHA will allow any county that attests it is ready to move forward to do so.

Brown on Friday announced a sped up timeline for inoculations of essential workers and other groups after state officials said this week all Oregonians 16 and older would become eligible for a Covid vaccine May 1.