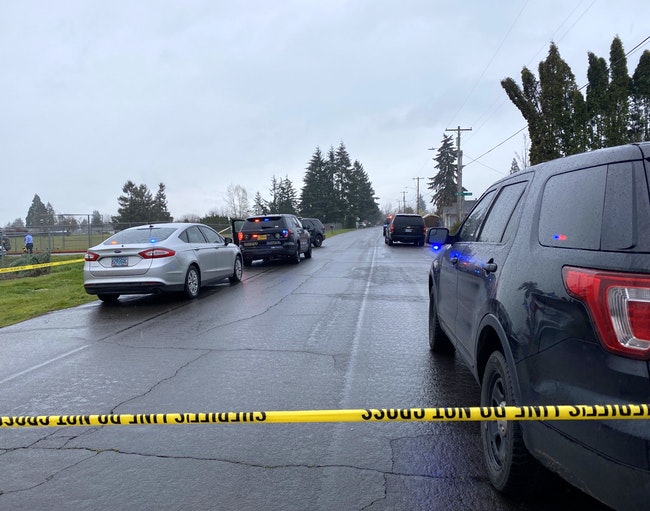 Police are searching for tips and additional suspects after two teens were shot Wednesday afternoon in the Four Corners area, leaving one critically injured. Callers reported hearing shots around 4:19 p.m. near the intersection of Durbin Avenue Southeast at Wiley Lane Southeast. Deputies with the Marion County Sheriff’s Office responded and found two 17-year-old boys with gunshot wounds in the back parking lot of Four Corners Elementary School. Deputies searched the area and detained two additional 17-year-old boys. One was charged with first-degree robbery, unlawful possession of a firearm, unlawful use of a weapon and theft in the first degree. The other was released to his parents. Investigators believe the shooting took place during a marijuana deal. No one has been charged in the shooting and investigators are looking for additional suspects. Investigators are seeking community tips which may help identify additional suspects involved in the shooting.