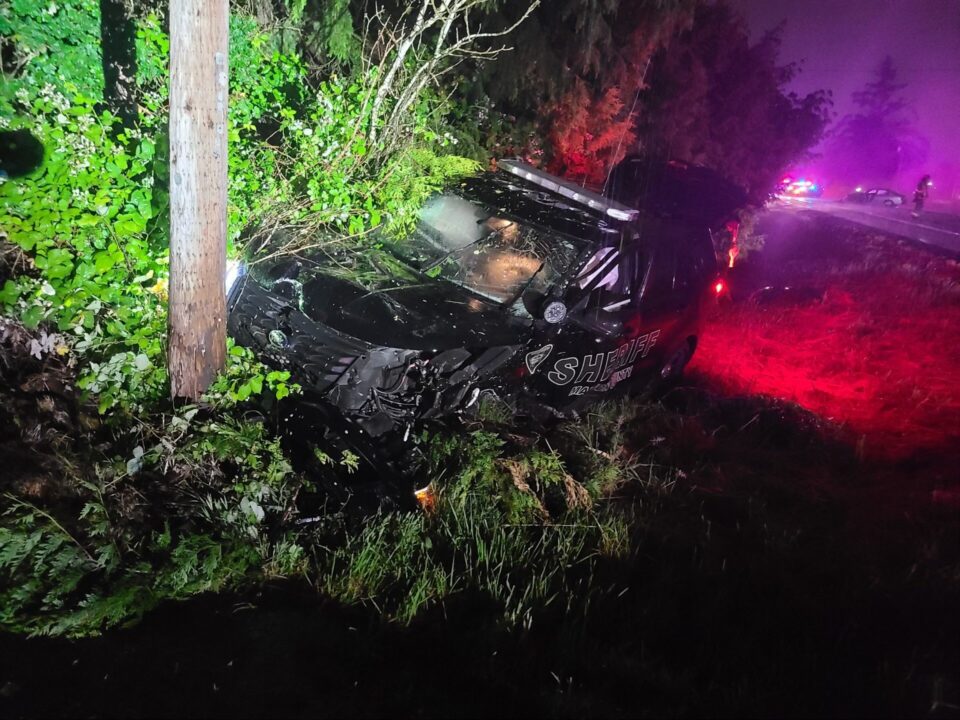 Salem, Ore. — On Saturday, June 12, 2021, just after 9:10 p.m. the Salem Police Department was requested to investigate a head-on crash just outside the Salem city limits involving an on-duty Marion County Sheriff’s Office deputy. The crash occurred on Cordon Road NE near Ward Drive NE in the unincorporated area of Salem. Both the deputy and driver of the other vehicle were transported from the scene by ambulance with non-life-threatening injuries.

During the initial investigation, officers learned the deputy was driving on Cordon Road with their lights and siren on when they were struck head-on by a 2005 Hyundai Elantra. The Hyundai pulled into the deputy’s lane to pass vehicles yielding to the emergency vehicle.

The involved deputy, Bryce Mintz, is a 13-year law enforcement veteran. Mintz was treated at an area hospital and has been released.

The driver of the Hyundai has been identified as Jennifer Farrell, age 40, of Salem. Although the investigation is still ongoing, Farrell was initially cited for driving while suspended.

Often, when neighboring law enforcement agencies are involved in serious incidents, the Salem Police Department is requested to assist and provide a transparent investigation for all involved.

Investigators are asking anyone who may have witnessed the crash to contact them at 503-588-6293. This is an open investigation and no additional information is available for release currently.