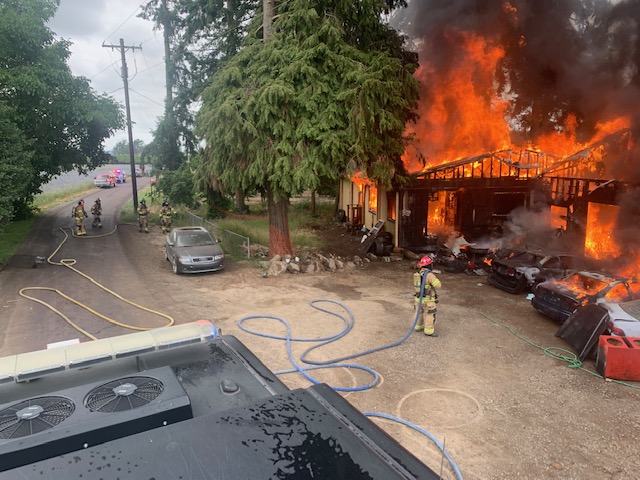 NEWS RELEASE: [Salem, Ore.] At 10:01 AM this morning, Marion County Fire District #1 was dispatched to a report of a grass fire in the area of 66th Ave. NE.

The fire resulted in a total loss of the home and several vehicles within close proximity. Once firefighting operations had ceased, the scene was handed over to local law enforcement and the office of the Oregon State Fire Marshal. The fire is now under investigation as suspicious in nature.