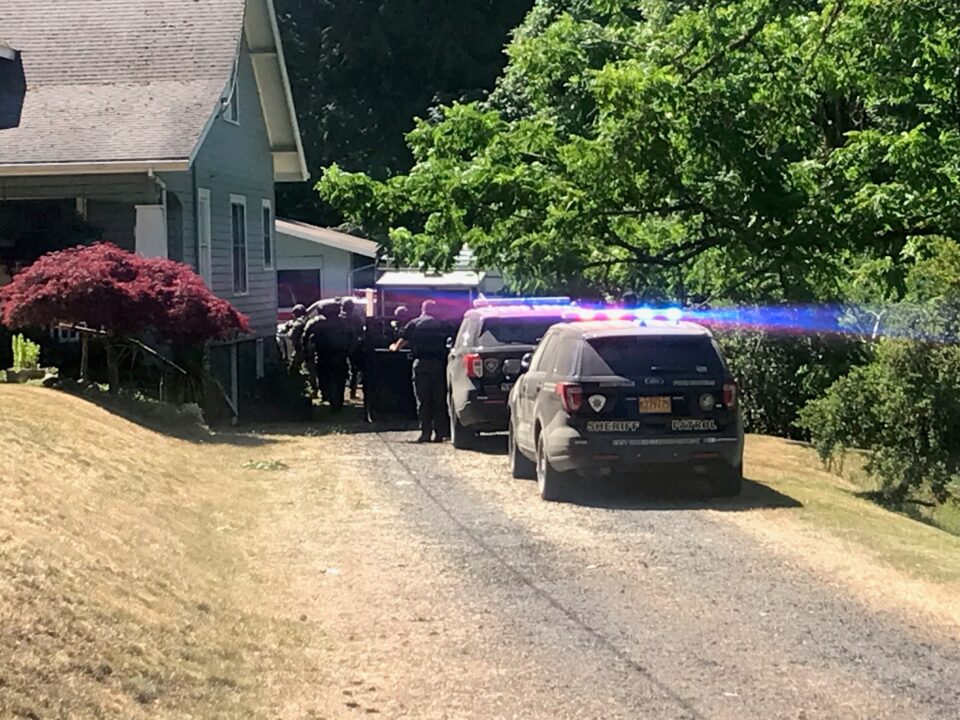 On July 5th, 2021, just after 7:00 a.m. a 911 caller reported confronting two males stealing his neighbor’s motorcycle when one of the suspects pointed a gun at them.  The two suspects fled the location in two separate vehicles, a gold Mercedes-Benz and a gray Suzuki towing a trailer with the stolen motorcycle inside.  A short time later an alert community member who heard about the incident called 911 to report seeing the Suzuki towing the trailer near Silverton.

Deputies were able to catch up to the vehicle and attempted to initiate a traffic stop.  The driver attempted to elude deputies before finally coming to a stop in the 5300 block of Crooked Finger Road NE outside of Scotts Mills.  The driver then fled into the woods on foot.  During the pursuit various items were falling out of the trailer, including the stolen motorcycle.

Law enforcement officers from multiple agencies responded to the area as the Marion County Sheriff’s Office SWAT team was activated.  The suspect was taken into custody after being located by a Sheriff’s Office K9 approximately 3 ½ hours after fleeing from the Suzuki.

The suspect taken into custody has been identified as Nathan Cutfinger, 34, of Portland.  Cutfinger was treated at a local hospital for minor injuries before being lodged at the Marion County Jail for the following charges:

Deputies are still working to identify the suspect who fled in the gold Mercedes-Benz.  Anyone who may have information is being asked to contact Sr. Deputy Pete Walker at 503-932-3336 or to submit an anonymous tip online at https://www.co.marion.or.us/SO/Pages/tip411.aspx.