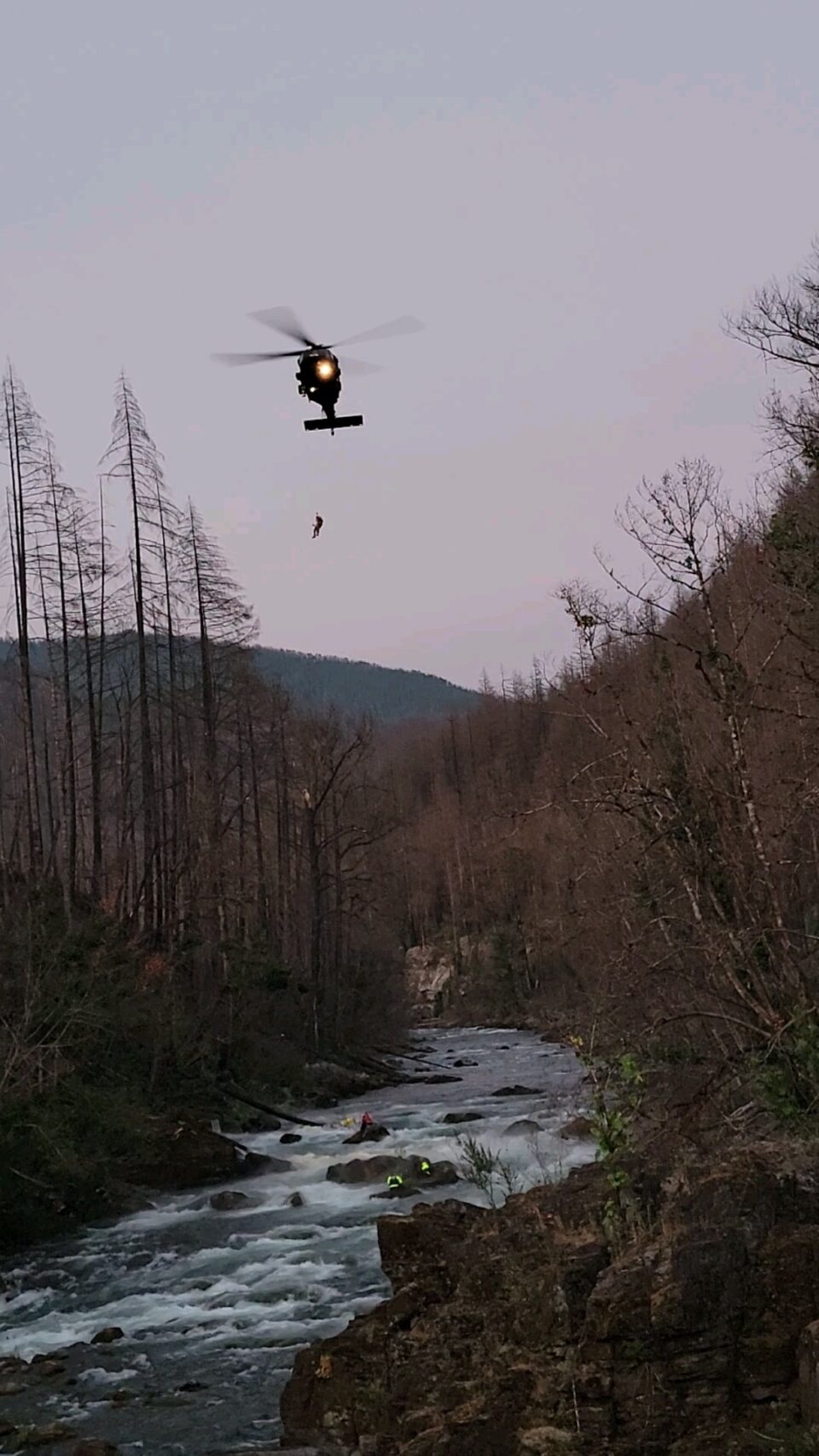 On Sunday, August 15, 2021, around 3:03 p.m., a 911 caller reported five people had become stranded in the Santiam River, east of Niagra Park.  Prior to becoming stranded, the group had been floating the river before encountering the rapids in this area.  Two of the rafters held onto a burnt log while three others were on a rock in the river, none of them had required personal flotation devices with them. This section of the Santiam River is difficult to access due to steep terrain and damage from the 2020 wildfires.

Emergency crews initiated rescue efforts and were able to get personal flotation devices to everyone in the group. While attempting to access this remote section of the river, a raft used by rescue crews overturned, causing two rescuers to become stranded as well.

Additional agencies were called to the scene to assist, including a helicopter from the Oregon Army National Guard. Highway 22 was closed in the area to provide access for emergency vehicles and to set up an emergency landing zone for the Oregon Army National Guard helicopter.  Water rescue teams were able to extract one person by ground; the remaining four rafters and two rescue personnel were airlifted back to safety. One of the rafters was taken to a local hospital for evaluation. Fortunately, no one involved sustained serious injuries.

This event is a strong reminder that with the weather heating up, the heavy flow of the water, and the waters being cold, this is a dangerous time. Please be mindful and use extreme caution when swimming or floating on the river. It is required to bring personal flotation devices when floating down the river.