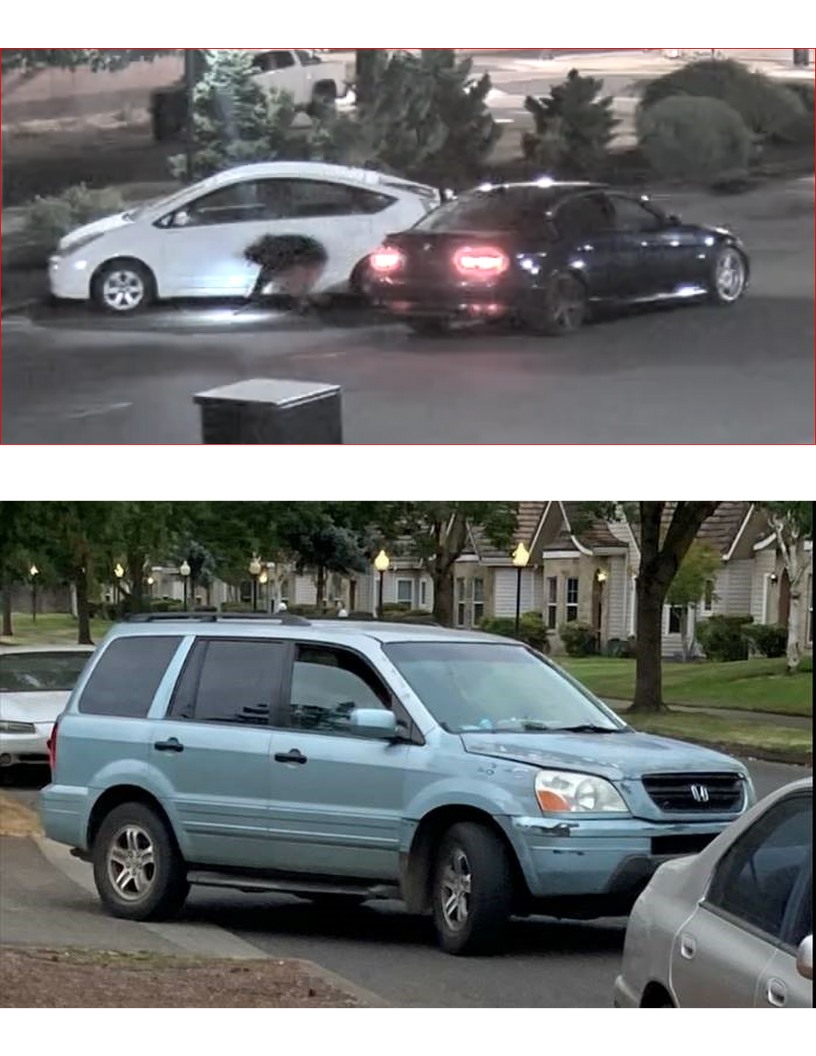 The Woodburn Police Department (WPD) wants residents in and surrounding the Woodburn area to be aware of recent catalytic converter thefts.

WPD has obtained images from two recent catalytic converter thefts showing two different suspect vehicles. The first theft occurred at approximately 5:00 a.m. on Tuesday, August 17. The suspect vehicle is described as a dark blue car with four-doors (possibly a BMW.) The suspect appears to be a male adult, wearing a baseball cap, brown shorts, and a black sweatshirt.

The attempted second theft took place at approximately 7:00 a.m. on Friday, August 20. The suspects were interrupted during the theft and left the scene driving an older model light blue, four-door Honda Pilot SUV, with body paint damage on the passenger front quarter panel. The suspects were described as two white male adults and one white female adult.

WPD and other police agencies across Oregon have seen a dramatic increase in the theft of catalytic converters over the last year. The cost of replacing a catalytic converter can greatly exceed $1500 depending on the vehicle it is taken from.

In order to help prevent thefts, WPD advises residents to always park in well-lit areas or in a garage if possible. An additional tip is to engrave their Vehicle Identification Number (VIN) onto the catalytic converter to make it easier for identification if stolen.

The State of Oregon recently passed Senate Bill 803, which ensures scrap metal businesses only buy or receive catalytic converters from commercial sellers, not thieves. The law goes into effect January 2022.

Anyone recognizing either of these vehicles and/or suspects, or have information about the catalytic converter thefts, is asked to please contact the WPD non-emergency phone number at 503-982-2345.