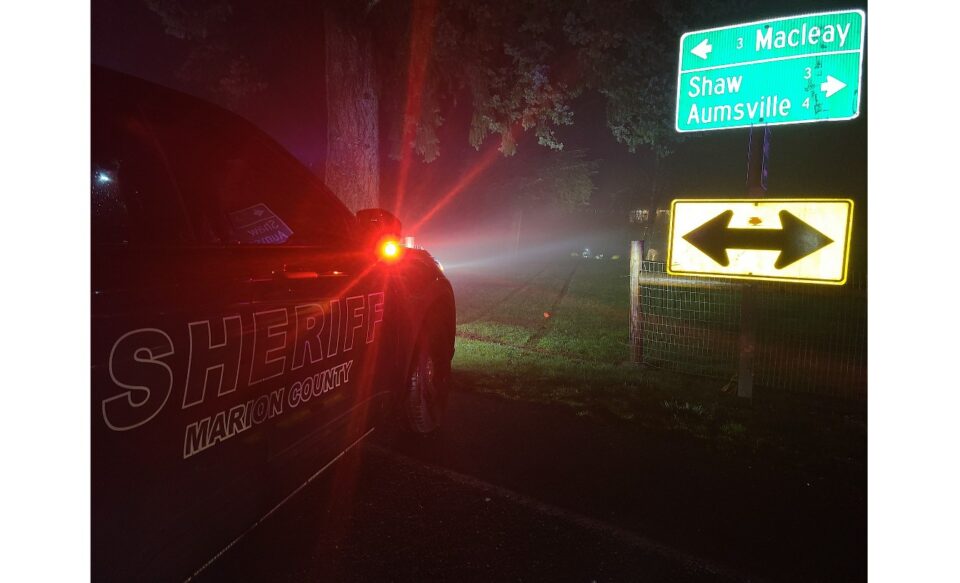 On December 20th, 2021, at shortly before 8:00 p.m., a 911 caller reported a vehicle had crashed into a pond near the intersection of Joseph Street SE and 71st Avenue SE, east of Salem. Before emergency services arrived at the crash, bystanders were able to help get the passenger out of the car. When deputies arrived the car was submerged, the driver did not survive. A bystander and deputies administered CPR to the passenger until medics arrived and transported them to a local hospital.

Investigators from the Marion County multi-agency Crash Team were called out to process the scene. Deputies determined the car, a 1999 Buick, was traveling east on Joseph Street in heavy fog prior to the crash. When reaching the T-intersection with 71st Avenue SE, the driver continued into the intersection, going through a fence and into the pond.  Investigators believe speed and foggy conditions were contributing factors to the crash.

The driver of the Buick has been identified as Frank Kurbat (81) of Salem. The passenger, Peter Kurbat (45), of Aumsville, remains hospitalized in critical condition.

We were assisted by the Keizer Police Department, Salem Fire Department, and the Turner Fire District during this response.