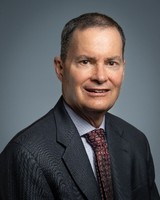 Salem, Ore. – After a five-month recruitment, candidate screening and extensive interview process, the Salem City Council has selected Keith Stahley as Salem’s next City Manager.  The Salem City Council expressed appreciation to the community for their input into this process.

“Keith is a solid choice for Salem,” said Mayor Chuck Bennett.  “This community can expect continued excellence in fiscal and policy management from the City with Keith at the helm.  We’ve heard great things from everyone who’s worked with him in Olympia.”

With more than 30 years of local government experience, Keith Stahley most recently served as Assistant City Manager for the City of Olympia, Washington and managed the Office of Community Vitality. In this role for Olympia, Keith led community development, climate, community court, housing and homeless response, and economic development programs.

“When we spoke with Keith’s co-workers and community partners, they conveyed their deep respect and admiration for him and his work in the community,” said Council President and Mayor Elect Chris Hoy. “We’re looking forward to bringing Keith to Salem and advancing the Council’s work on key priorities of creating more housing options, reducing our impact on climate change, and building a community we can all have pride in for years to come.”

Mr. Stahley is expected to begin serving as Salem’s City Manager on September 12, 2022.

Keith Stahley has served as the Assistant City Manager for the City of Olympia, Washington, since 2019.  Prior to serving as the Assistant City Manager, Keith served as Olympia’s Community Planning and Development Director for 14 years. Keith received his Master of Public Administration degree from Florida Atlantic University, his Bachelor of Landscape Architecture degree from Syracuse University, and is an International City/County Management Association Credentialed Manager (ICMA-CM).

About the Recruitment Process

About the Salem City Manager Position

The City Manager directs the day-to-day administration of the City through Department Directors, who manage City government operations based on City Council direction, state and federal law, and City ordinances. The Manager pursues intergovernmental relations and partnerships and promotes and sustains community relationships. Additionally, the City Manager facilitates public outreach and effective communications.

In Salem, the City Manager is the Chief Executive Officer of three separate municipal corporations – the City of Salem, the Salem Urban Renewal Agency, and Salem Housing Authority. The lines of business are as varied as the needs of the community. The members of the City Council serve as the governing bodies for each of these corporations. The City Manager reports to the boards and is their only employee.