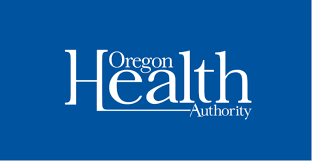 The report shows that for people in Oregon with commercial, employer-sponsored insurance, the cost of the average annual deductible and insurance premiums combined in 2019 was 10.1% of median income.

OHA Director Patrick Allen said, “The effects of rising health costs have a direct impact on the well-being of people, families and our communities. When health care costs grow faster than income and the cost of living, they squeeze the budgets of families and businesses and reduce access to care. It’s important for Oregonians to understand how health costs are growing – and why – so we can take steps in our state to contain them.”

The report documents cost growth across six major service categories and identifies which types of services are responsible for most of the cost growth in each market. Between 2013 and 2019, per person pharmacy costs grew the most (116%). Inpatient services have the highest per person costs and grew by 22% over the six years.

Between 2012-2017, Oregon held costs under its section 1115 Medicaid waiver agreement with the federal government to a rate of growth of 3.4%, which authorized Oregon to deliver care to nearly 1 million Oregon Health Plan members through coordinated care organizations (CCOs). The cost categories measured under Oregon’s 1115 waiver are a subset of the costs included in the 2013-2019 health cost growth report. Oregon’s 1115 waiver focuses on limiting cost inflation for core Medicaid benefits paid by federal and state governments. The calculation of cost growth under the waiver does not include categories such as increases in payments to hospitals for uncompensated care, graduate medical education, emergency care for non-citizens, the cost of behavioral health prescription medication and other costs. (State health officials released a fact sheet that outlines different types of health cost calculations.)