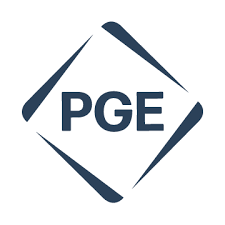 The Boardman coal stack comes down on Sept. 15

What: Portland General Electric (PGE) contractors will safely knock down the 656-foot-tall stack and boiler at the Boardman coal plant – Oregon’s last coal fired power plant, which ceased operations in 2020. This milestone event, which will feature remarks from Eastern Oregon community representatives and local clean energy leaders, is an opportunity to acknowledge Boardman’s role in Oregon’s energy history and to celebrate the clean energy future ahead.

From 1980 to 2020, the Boardman plant provided safe, affordable and reliable energy to Oregon. PGE is grateful for its employees who contributed to the plant’s forty-year history, allowing it to serve as the workhorse of the company’s generation portfolio. Boardman’s closure has been factored into PGE’s plans since 2010, and the utility has implemented solid resource plans to ensure an ongoing reliable supply of power for customers. These plans focus on renewables and other non-emitting, clean energy resources, including Wheatridge – a first-of-its kind wind, solar and battery storage plant less than 30 miles away.

Portland General Electric (NYSE: POR) is a fully integrated energy company based in Portland, Oregon. The company serves approximately 900,000 customers with a service area population of 2 million Oregonians in 51 cities. PGE owns 16 generation plants across Oregon and other Northwestern states and maintains and operates 14 public parks and recreation areas. For more than 130 years, PGE has powered the advancement of society, delivering safe, affordable, and reliable energy to Oregonians. PGE and its approximately 3,000 employees are working with customers to build a clean energy future. Together with its customers, PGE has the No. 1 voluntary renewable energy program in the U.S. PGE is committed to achieving at least an 80% reduction in greenhouse gas emissions from power served to customers by 2030 and 100% reduction by 2040. In 2021, PGE became the first U.S. utility to join The Climate Pledge. For the ninth year in a row PGE achieved a perfect score on the 2021 Human Rights Campaign Foundation’s Corporate Equality Index, a national benchmarking survey and report on corporate policies and practices related to LGBTQ workplace equality. In 2021, PGE, employees, retirees, and the PGE Foundation donated $4.8 million and volunteered 15,760 hours with more than 300 nonprofits across Oregon. For more information visit www.PortlandGeneral.com/news.