Man Arrested After Getting into Woman’s Car at Gas Station 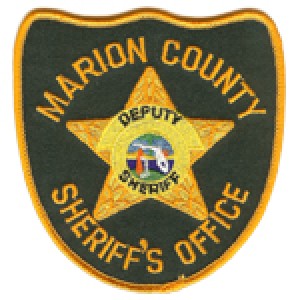 At just after 5:00 p.m. on September 28, 2022, call takers from the Willamette Valley Communication’s Center received a 911 call and could hear a woman in the background telling someone to “get out of my car” and “don’t touch me”. The call taker listened to the open line as the caller was saying street names in the background while driving to help the police find her. Dispatchers quickly relayed updates to deputies and officers from the Salem Police Department, helping them locate the woman at a Shari’s Restaurant on Lancaster Drive SE in Salem. The woman was with a man she didn’t know who had taken her car keys and cell phone before they arrived.

Deputies learned the 36-year-old Salem woman was leaving a gas station on Lancaster Drive SE near Macleay Road SE when a stranger got into her car and refused to get out. The woman quickly called 911 and put her phone in her purse, giving out directions to help guide law enforcement to her as she drove him to the restaurant several blocks away. Fortunately, she was not injured during the incident.

Patrol Sergeant Kevin Roberts commended the victim, “her quick thinking to call 911 and the great work by our dispatcher’s made it possible to find the victim quickly and to help get her to safety.”

The man involved, Danniel Anderson (40), was safely taken into custody by deputies and was lodged at the Marion County Jail for Kidnapping in the First Degree and Harassment.