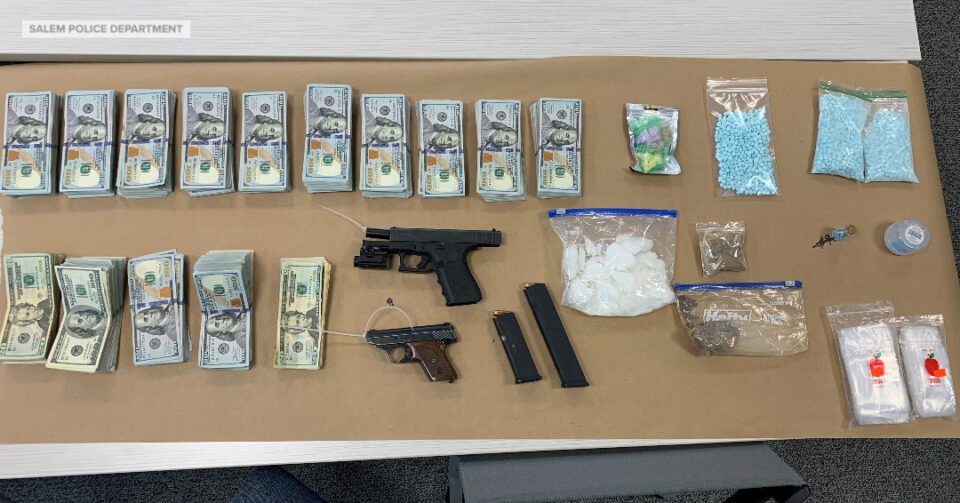 Salem, Ore. — Phillip Thomas of Salem was indicted on Wednesday, November 2, by a federal Grand Jury in US District Court on several drug and weapons related charges.

Thomas was arrested on Wednesday, June 29 by the Salem Police Strategic Investigations Unit as part of an extensive investigation of polydrug pills containing fentanyl and other illicit drugs being sold in Salem. The investigation pointed to Thomas’ involvement, and detectives located him that afternoon in the parking lot of a motel in the 3000 block of Ryan DR SE where he was taken into custody.

The 30-year-old was found in possession of the following:

Thomas was in the Marion County Jail on outstanding warrants in other related cases; however, was transferred into federal custody today, November 7, to make his first appearance in federal court. He was detained as both a flight risk and danger to the community pending a jury trial scheduled for December 20.

The investigation which led to Thomas’ arrest was the result of the Salem Police specialty unit’s involvement in the Safe Streets Task Force, a partnership with the U.S. Attorney’s Office for the District of Oregon and other federal partners to bring increased focus and resources to address narcotics trafficking and violent crime in Salem.

Since the first of the year, Safe Streets Task Force investigations have led to the seizure of nearly 40,000 fentanyl-laced tablets, over 100 pounds of methamphetamine, and 135 firearms in our community.