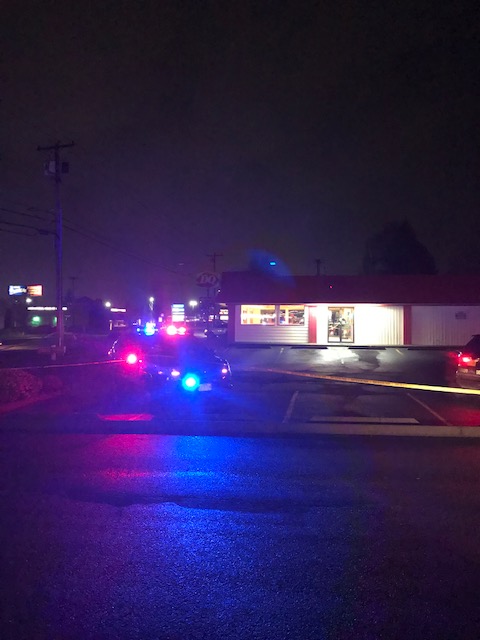 Salem, Ore. — Detectives from the Salem Police Violent Crimes Unit today arrested a Salem man as part of an investigation into a stabbing in south Salem in early November.

It was in the early morning hours of Saturday, November 5, when patrol officers responded to the parking lot of a local tavern in the 4900 block of Commercial ST SE on the report of a man suffering from multiple stab wounds.

The 27-year-old male victim reported he and a friend were sleeping inside his car in the business’ parking lot when he awoke to a man physically assaulting and stabbing him. The assailant tried but was unable to remove the victim from the vehicle and subsequently fled from the scene.

The evidenced developed in the investigation led to 31-year-old KC William Blunt as the suspect in the incident. Shortly after midnight today, an alert patrol officer located a stolen vehicle and discovered Blunt as the driver.

Blunt was taken into custody and lodged at the Marion County Jail on the following charges:

Arraignment for Blunt is scheduled on November 16 at 2:30 p.m. at the Marion County Criminal Court Annex, and as such, all further media inquiries must be directed to the Marion County District Attorney’s Office.