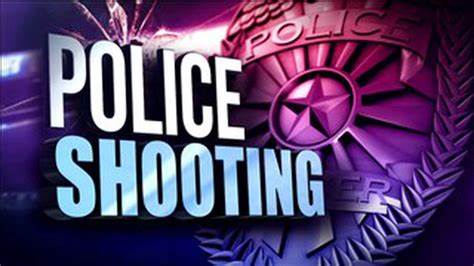 On November 21, 2022, a Marion County Grand Jury unanimously found that Salem Police Corporal Joshua Buker was justified in using deadly physical force against Vincent Nesbitt, DOB: 10/6/2003, Daren Shelton-Olson, DOB: 7/24/2003, and an unknown third suspect on November 12, 2022, when he returned fire after being shot at, during the pursuit of robbery suspects.

The incident began at approximately 6:26 pm on November 12, 2022, when a woman reported two males had attempted to rob her of her vehicle near 17th St SE and Hines St SE. The victim also reported she believed one of the males was armed with a firearm. After receiving this report, Salem Police officers immediately began searching the area for the suspects. An officer noticed a vehicle around 18th St NE and Center St NE that contained two visible persons who appeared to match the description given by the victim of the suspects who had attempted rob her.[1] Police ran the license plate of the vehicle the suspects were in an armed carjacking on November 9, 2022. Officers attempted to stop the stolen vehicle, but the driver fled, and the pursuit was terminated due to safety concerns.

Although the pursuit was discontinued, Officers continued to look for the stolen vehicle and located it a short time later. Officers again attempted to stop the stolen vehicle, but the driver fled, and a new pursuit began. The stolen vehicle eventually stopped at the intersection of 14th St NE and B St NE, and all three occupants fled on foot.

Corporal Joshua Buker ran after the suspects and yelled for them to “stop” and “get on the ground” however, the suspects continued running. During this chase, one of the suspects shot at Corporal Buker, who then returned fire. No one was injured during the shooting. A firearm was located on the scene and Nesbitt and Shelton-Olson were taken into custody. A search was conducted that evening to locate the third person, but they were not located. The investigation is ongoing in to identifying and locating the third person.

The same grand jury that found Corporal Buker’s actions to be justified, also indicted the two suspects who were arrested at the scene.

Daren Shelton-Olsen has been charged with Unauthorized Use of a Vehicle. He will be arraigned on the Indictment on November 28, 2022, at 8:30am at the Marion County Circuit Court Annex.

Vincent Nesbitt has been charged with the attempted murder and attempted assault of Corporal Buker. His charges are as follows:

He will be arraigned on the Indictment on November 28, 2022, at 8:30am at the Marion County Circuit Court Annex.

As this is an open criminal prosecution, no further information will be released.