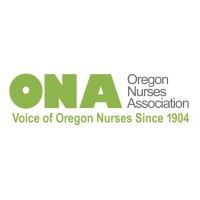 (Portland, OR) – Nurses represented by the Oregon Nurses Association agree that our state is in crisis. In fact, nurses in Oregon know better than anyone the true extent of this crisis.

Today’s executive order, which expands the hospital capacity crisis beyond pediatric units to entire hospitals and health systems, is necessary. It is also embarrassingly late and lacking in strong solution-driven policy directives. It opens the state’s coffers to wealthy hospital systems which have billions of dollars in cash reserves and heaps more stress on frontline health care providers who are already buckling under the pressure of these recurring surges.

More problematic is that this emergency order will give hospitals new ways to willfully ignore Oregon’s nurse staffing law – a law that most hospitals in Oregon already flout without consequence.

In 2021, OHA surveyed 15 hospitals and, as of October 2022, have accepted plans of correction from only 9 of them. One hospital, OHSU, is on its sixth plan of correction, nearly one and a half years after OHA cited them more than a dozen times for repeated non-compliance with the law, including failing to consider how nurses get meal and rest breaks and establishing minimum staffing levels in staffing plans. Hospitals’ willful disregard for the collaborative structures in Oregon’s nurse staffing law is extensively documented in the public record over many years.

OHA has also never issued a civil monetary penalty, even though 24 of 25 hospitals which underwent revisits from OHA received citations for repeated non-compliance. This shows hospitals make little to no effort to comply with state law. This is an ongoing pattern of blatant disregard for the staffing law, and for the voice of frontline nurses, which has been enabled by OHA’s refusal to enforce the law.

It begs the question: what good is a law if nearly 75% of Oregon’s hospitals receive a “get out of jail free” card from the Governor and OHA to ignore it, and there are no consequences for doing so?

ONA’s recent statewide nurse survey points to unsafe staffing levels as the major cause of nurse turnover in Oregon’s hospitals – and turnover is the reason for our state’s nurse staffing crisis. Nurses report that 99% of units in Oregon’s hospitals are sometimes or never staffed appropriately. Half of nurses who responded indicated they are caring for too many patients on a majority of their shifts. An astounding 92% of nurses report missing rest and meal breaks, with 42% of them reporting missing these legally required breaks on most of their shifts. National research supports the experience of Oregon’s nurses; those reports show that one in four nurses are likely to leave the profession this year, and more than 70% of all health care workers are experiencing anxiety and depression due to workplace burnout.

Nurses are leaving the hospital bedside in record numbers, and the recurrence of capacity crises like the one we are facing now is at the heart of that exodus.

Additional Steps Needed in Light of the Current Crisis

The announcement of $25 million in state funding to support hiring more staff, like traveling nurses, is welcome news – although we wonder how much more effective these funds would have been if made available four weeks ago. It strikes us, as it might most Oregonians, that the Governor and OHA are relying on the same short-term solutions to crises in hospital capacity over and over again. These efforts may help to alleviate the immediate crisis, but they do absolutely nothing to prevent the crisis from recurring.

The Governor, and the Oregon Health Authority, should be ashamed that it took them so long to act – particularly given the clear indications of a surge in respiratory illnesses swamping Oregon’s hospitals for the past month or more. For weeks, ONA and others have been publicly calling for a massive increase in public health communication, like what Oregon saw during the worst days of the COVID-19 pandemic, and OHA’s response has been lackluster at best.

OHA’s hands-off/open the checkbook approach is not a long-term solution to ongoing staffing problems, but this appears to be the best OHA is willing to offer. ONA is repeating our demands that OHA, and hospital systems, do more to immediately reduce the overwhelming strain on our members, including:

A Plan for Real Change

Finally, ONA reiterates our long-held belief that the cause of Oregon’s capacity crisis is one created by hospital executives who put corporate profits before patients and their caregivers. One need only look at PeaceHealth’s recent decision to close an urgent care clinic in Eugene, on the day before Thanksgiving and in the midst of the growing “tripledemic” threat, to realize that healthcare systems in Oregon put their priority on the bottom line and not on the health of our communities.

ONA’s proposed Safe Staffing legislation, to be considered by the Oregon legislature next year, will require OHA to take enforcement of the state’s staffing law seriously, will empower OHA to levy significant financial fines on hospitals who choose to ignore the rule of law, and will put minimum safe staffing standards in place to prevent future abuses of nurses in the workplace. ONA believes that, if hospital systems are serious about making change, they would sign on to support our legislation today.

Unsurprisingly, and tragically, here we are again: Oregon is facing yet another crisis in hospital capacity, and yet again, nurses and other front line health care workers are expected to triple-down and get on with it. Yet again, nurses are wondering if they can stand up to their latest impossible task and what the costs will be to themselves and their colleagues, and, yet again, the Governor and the Oregon Health Authority act too late, and with too little respect for the impact of these weak recommendations on nurses and their healthcare colleagues.

To the Governor and OHA, ONA says, “Do better. Do more. Do it now.”

Learn more about ONA’s efforts to put an end to the cycle of unsafe staffing at www.SafeStaffingSavesLives.com.

The Oregon Nurses Association (ONA) is the state’s largest and most influential nursing organization. We are a professional association and labor union which represents more than 15,000 nurses and allied health workers throughout the state. ONA’s mission is to advocate for nursing, quality health care and healthy communities. For more information visit: www.OregonRN.org.