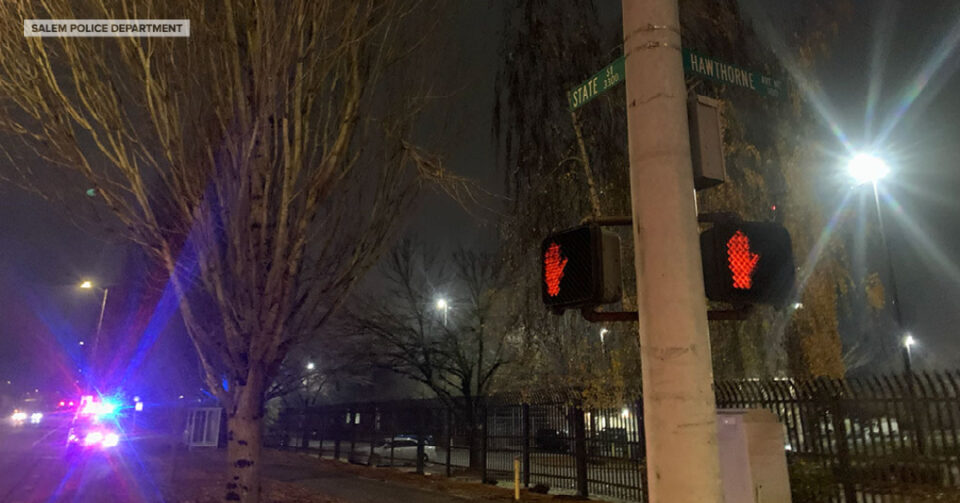 Salem, Ore. — At approximately 4:10 p.m., Salem Police patrol officers were called to the scene of a two-vehicle collision at the intersection of State ST and Hawthorne AV NE which left one of the drivers deceased.

The preliminary investigation by the Traffic Team determined the driver of a Chevrolet Camaro was traveling westbound on State ST when it crashed into a Ford Fiesta driven by 67-year-old Natalie Satalich of Salem. Satalich was making a northbound turn onto Hawthorne AV from State ST when her vehicle was struck head on by the Camaro driven by Emorej Lynk, age 20, of Salem. As a result of the impact, the Fiesta and Camaro came to rest near the northwest corner of the intersection.

Satalich was pronounced deceased at the scene. Lynk is cooperating with the investigation.

Hawthorne AV was closed, as well as a portion of State ST, for nearly five hours.

No arrest has been made or citations issued as the Traffic Team investigation into the collision continues. No other information is available for release at this time.