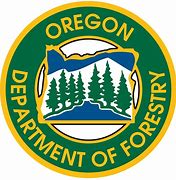 With about 16,000 acres of the Santiam State Forest affected by the 2020 Labor Day weekend fires, ODF’s North Cascade District continues to make strong progress removing hazards, repairing roads and trails, and re-opening areas to public access as it is safe to do so. Some popular destinations, such as the Shellburg Falls recreation area, remain closed. Additionally, ODF planted more than 880,000 seedlings on burned forestland in fiscal year 2022, helping to ensure a faster recovery.

ODF recently released its Council of Forest Trust Land Counties annual report, which highlights the array of social, economic and environmental contributions from approximately 729,000 acres of actively managed state forestland.  It includes a recap of timber sales and revenue distribution, conservation and forest health activities, and recreation use, including popularity and number of visitors, among other statistics.

Statewide, counties and local governments received revenues of $61.8 million in fiscal year 2022, collected from timber sales on state-owned forests. Revenues are distributed based on timber sales within a particular jurisdiction. Other highlights include replanting more than 3.6 million trees, hosting more than 26,000 campers at ODF campgrounds, and maintaining hundreds of miles of motorized and non-motorized trails.

“Oregonians have a lot to be proud of when it comes to their state forestlands,” State Forester Cal Mukumoto said. “These working lands provide so much to so many, including funding for vital local services, places to connect with nature, clean water, and habitat for some of Oregon’s most rare and sensitive species.”

State forests managed by the Oregon Department of Forestry are distributed across 15 counties, with the largest being the Clatsop and Tillamook state forests on the north coast, the Santiam State Forest in the northern Cascade Range, and the Gilchrist and Sun Pass state forests in Klamath County. Other scattered tracts can be found throughout western Oregon. Many State Forests employees also are part of Oregon’s complete and coordinated fire protection system, providing critical resources and expertise during fire season.