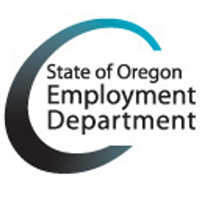 In Oregon, nonfarm payroll employment rose by 8,500 jobs in November, following a gain of 5,500 jobs in October. The gains in November were largest in government (+2,900 jobs); health care and social assistance (+1,400); wholesale trade (+1,100); and leisure and hospitality (+1,000). None of the major industries cut a substantial number of jobs in November.

All major sectors of government grew. Federal government added 900 jobs in November, with several firms adding jobs when they normally would be shedding seasonal jobs heading into the winter slow period. State government added 300 jobs, continuing its slow growth this year. Local government added 1,700 jobs, but remained 2,400 jobs below November 2019, prior to the pandemic recession.

Health care and social assistance continued its steady and rapid advances this year, adding 1,400 jobs in November, which was close to its average gain of 1,200 jobs per month this year. Social assistance grew the most, adding 5,100 jobs (+7.8%) in the past 12 months. Ambulatory health care services (+4,500 jobs, or 4.8%) and nursing and residential care facilities (+2,100 jobs, or 4.3%) also have expanded rapidly since November 2021.

Leisure and hospitality is still substantially below its pre-pandemic peak. But its revised gain of 2,000 jobs in October, coupled with its gain of 1,000 in November, put the industry back on its recent upward trajectory. Over the past 12 months it added 15,700 jobs, accounting for nearly a quarter of Oregon’s private-sector job gains during that time.

The Oregon Employment Department plans to release the November county and metropolitan area unemployment rates on Tuesday, Dec. 20, and the next statewide unemployment rate and employment survey data for December on Thursday, Jan. 19.
Notes:

All numbers in the above narrative are seasonally adjusted, except for the industries within health care and social assistance.

The PDF version of the news release can be found at QualityInfo.org/press-release. To obtain the data in other formats such as in Excel, visit QualityInfo.org, select Tools, then choose LAUS or CES under the Economy header. To request the press release as a Word document, contact the person shown at the top of this press release.

The Oregon Employment Department (OED) is an equal opportunity agency. OED provides free help so you can use our services. Some examples are sign language and spoken-language interpreters, written materials in other languages, large print, audio, and other formats. To get help, please call 503-947-1444. TTY users call 711. You can also send an email to communications@employ.oregon.gov.