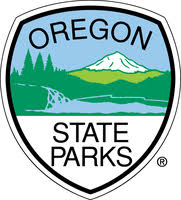 Following World War II, Salem was rapidly growing, and the 1897 City Hall Building was no longer sufficient to house city services and meet the evolving needs of Salem government and increased expectations of civic engagement and participation in decision making. For over two decades, the community completed multiple studies to determine the best approach for a new civic center, and Salemites ultimately showed their strong support for the construction of a new complex that would unite all city services while also providing accessible public spaces.

The district represents the ideals of Salem’s community planning and development in the late 1960s/early 1970s and is an important local example of Brutalism architecture. The Salem Civic Center was considered modern, functional, accessible, and for everyone’s enjoyment and use. The Salem Civic Center represents what Salemites wanted in their government and community, and how they wanted it to look, as they ventured into the future.

The Dallas Cinema is located downtown Dallas, Polk County in the heart of Dallas’s downtown core. It overlooks the Polk County Courthouse Square to the south and is surrounded by blocks of historic commercial structures constructed from the late 19th to mid-20th century. This two-part commercial block building, designed in the late 19th Century American Movements: Commercial Style, was built in the 1890s as a furniture store.

The building was converted from a furniture store to a movie theater in 1948 reflecting a unique, and relatively short-lived phase of movie theater design during the immediate post-WW2 years. When converted, the theater incorporated Art Moderne details and dramatic neon marquee lights to evoke Hollywood glamour in the downtown of this small Oregon city.

At the time of its construction, the Dallas Cinema showcased the latest in movie-viewing technology and catered to the comfort of movie viewing with concessions, comfortable seating, and air-conditioned interiors. Its prime location in the downtown core afforded it the opportunity to be both an economic anchor for downtown businesses and an entertainment/social anchor for Dallas residents.

The Dallas Cinema is one of Oregon’s 121 historic theaters and is one of the longest continually operating movie theaters known in the state of Oregon.

The Dallas Cinemas was one of eight historic theaters in Oregon to receive a grant from the State Historic Preservation Office for repairs and preparing the nomination for the National Register of Historic Places. The grants for historic theaters in Oregon were part of National Park Service (NPS) grant that the State Historic Preservation Office received in 2020. The NPS grant program fosters economic development in rural communities through the rehabilitation of historic buildings in those communities.

This effort is in line with Oregon’s Statewide Preservation Plan that seeks to increase the number of listings in the National Register. It also supports the goals to increase access to Oregon heritage that are part of the Oregon Heritage Plan.

Properties listed in the National Register are:

State law in Oregon requires local governments to offer a minimal level of protection for properties listed in the National Register of Historic Places; the decisions about how to accomplish that goal reside with local governments, which also have the authority to create and regulate local historic districts and landmarks.

More information about the National Register and recent Oregon listings are online at oregonheritage.org (listed under “Designate”).