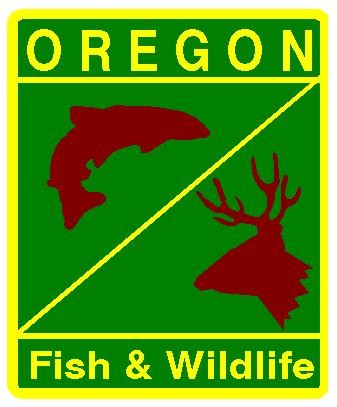 PORTLAND, Ore.—The Commission today directed ODFW staff to work with the Department of Justice and develop rules to stop coyote killing contests in a way that is consistent with its legal authority, while denying a petition from 15 organizations requesting rulemaking on this issue. The vote was 6-1 in support of the motion.

Under state statutes set by the Legislature, coyotes are classified as predatory animals “when they are or may be destructive to agricultural crops, products and activities.” Statute ORS 496.162 states that the Fish and Wildlife Commission “shall not prescribe limitations on the times, places or amounts for the taking of predatory animals.” Otherwise, coyotes are classified as unprotected mammals and subject to ODFW management including regulation of the manner of take. The Commission noted that there was not a set timeline for completing the effort

Also today, the Commission adopted a cooperative management agreement and associated rules to advance the government-to-government relationship between the State of Oregon and the Cow Creek Band of Umpqua Tribe of Indians (CCBUTI).

The voluntary cooperative partnership means ODFW and CCBUTI will collaborate, share resources and work as partners to develop and implement plans to protect, restore, and enhance fish and wildlife populations and their habitat within a five-county area of southwest Oregon.

The agreement also sets up a framework under which tribal members will participate in subsistence and ceremonial harvest of fish and wildlife resources that is licensed and managed by their tribal government in partnership with ODFW and the Oregon State Police. Subsistence and ceremonial harvest will occur in a portion of the CCBUTI federal service area that includes all of Douglas, Lane, Jackson, Josephine and Coos counties.

“We continue to practice our traditional lifeways of hunting, fishing and gathering,” said Kelly Coates, CCBUTI Natural Resources Manager. “We teach future generations about how to be stewards of the lands and resources.”

“We are committed to the preservation of natural resources as part of our cultural identity and protecting these resources for future generations, just as our ancestors did,” said Gary Jackson, Vice Chair of CCBUTI.

Discussion of a similar agreement with the Confederated Tribes of Siletz Indians originally scheduled to be considered today was delayed to a future meeting.

In other business, the Commission:

Fish passage program rule changes: As far back as 1849, regulations have been in place to require fish passage at dams and other obstructions. The Commission unanimously passed rule changes proposed by staff to update fish passage requirements. The changes were based on the work of a Subcommittee that included stakeholders and lessons learned over the past 22 years. They will increase the pace at which fish passage is provided at barriers by clarifying when an owner must address fish passage requirements, provide barrier owners a range of options to achieve compliance, ensure structures are more resilient to higher storm flows and encourage co-existence with beavers to advance nature-based restoration.

2023 groundfish regulations: Regulations were adopted as proposed by staff and consistent with federal regulations. The 5-fish marine bag limit will continue in 2023 to provide a stable year-round fishery.  Quillback rockfish retention will remain prohibited; however, there will no longer be a 1-fish sub-bag limit for China and copper rockfishes in 2023 as the current catch rates for these species are low.

Due to improvements in the status of yelloweye rockfish, summertime 40-fathom seasonal depth restrictions are no longer needed, meaning all-depth groundfish fishing can resume in July and August in 2023. That means next year, all-depth halibut anglers could keep bottomfish and halibut on the same trip when retention is allowed, simplifying regulations and increasing overall opportunity.

The meeting was live-streamed and a recording is available at ODFW’s website, https://www.dfw.state.or.us/agency/commission/minutes/