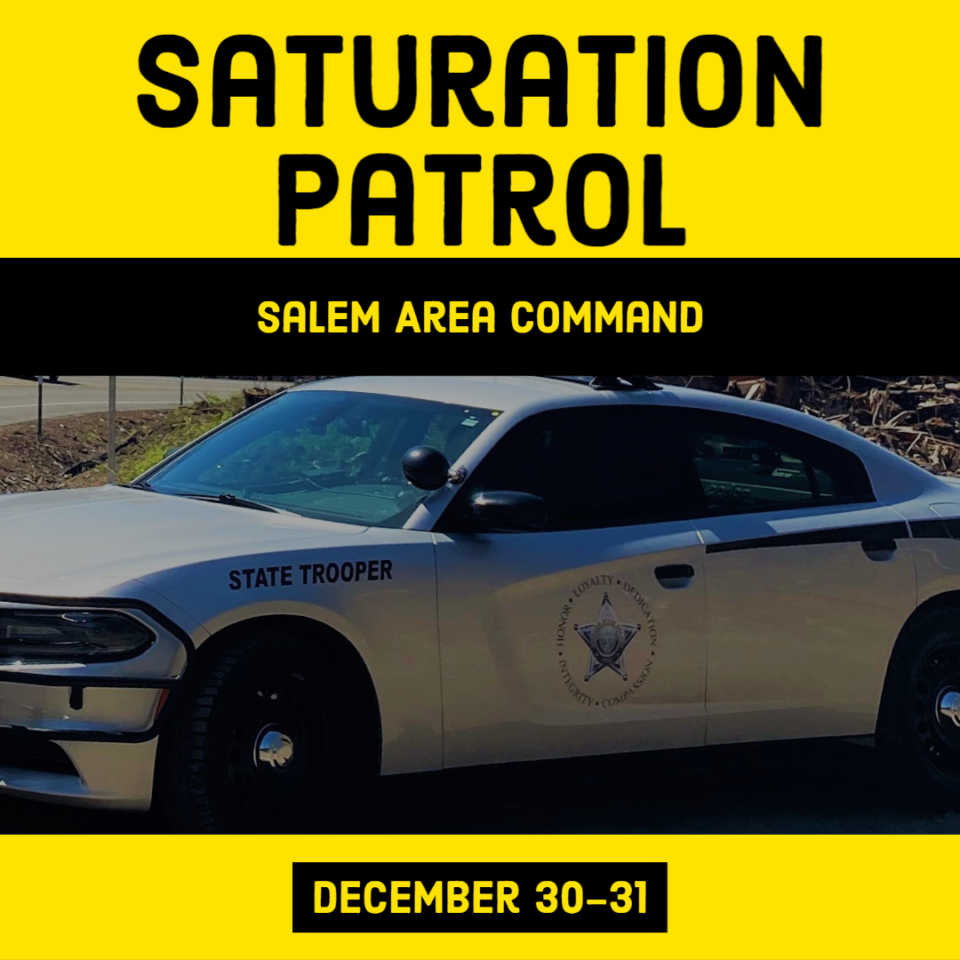 New Year’s celebrations are just around the corner. The Oregon State Police is imploring drivers to travel safely. Our Area Commands consider locations, days of the week, and times of day when serious injury/fatal crashes occur around the state while conducting focused Saturation Patrols.

From January 1, 2022, through October 31, 2022, there have been over 75 motor vehicle crashes on OR-99E and OR-551, with six fatalities. Approximately half of these crashes had a known nexus to OSP’s Fatal 5 violations, with 15 being impaired driving.

This joint operation will focus on the enforcement of OSP’s Fatal 5- Speed, Occupant Safety, Lane Usage, Impaired Driving, and Distracted Driving. These categories of traffic violations have been proven to be the primary contributors to serious injury/fatal crashes.

With this and all saturation patrols, our goal is the public’s safety!

OSP knows our presence will alert drivers to stop the dangerous driving behaviors they might be engaging in.

The Oregon State Police will have extra patrols, continuing through the new year, focusing on the Fatal 5 with a specific emphasis on impaired driving.