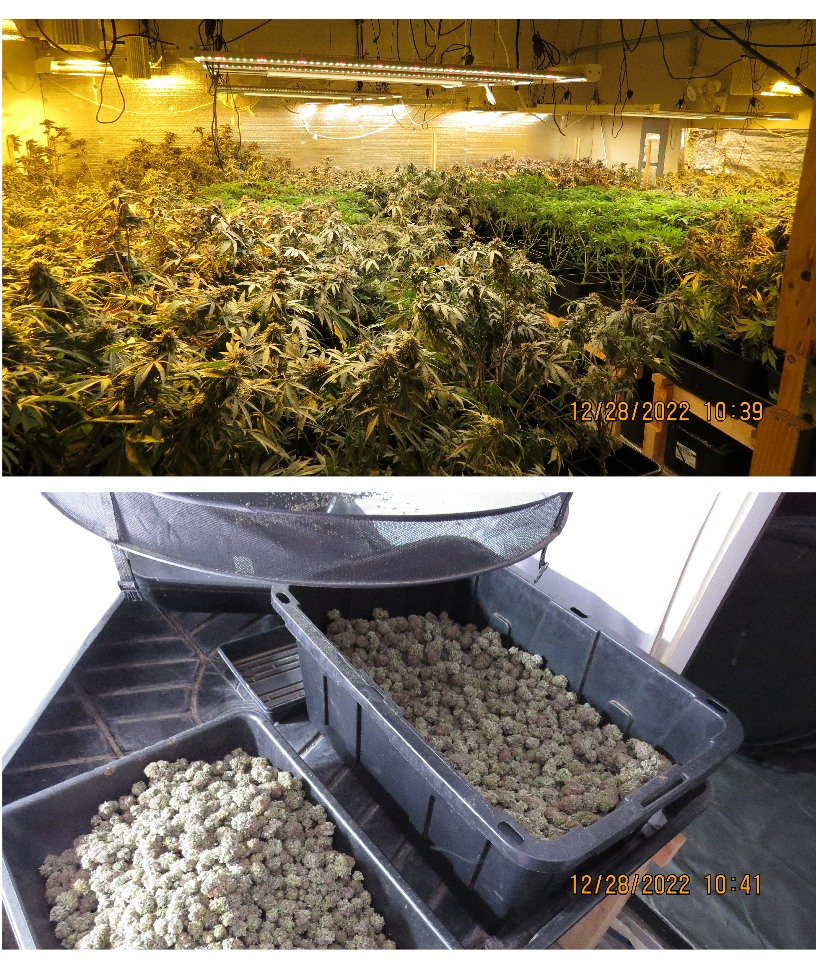 During the search warrant operation, investigators found 2,578 marijuana plants, 53 pounds of processed marijuana, and over $5000.00 in proceeds.  Four houses had been heavily modified and most, if not all, rooms were being used to grow marijuana.  An 11-year-old juvenile was staying at one residence. Officers concerned with the juvenile’s access to chemicals used in the grow operation and with health and life-safety issues associated with mold, blocked exit doors, and unpermitted, over-loaded, electrical systems, contacted the Oregon Department of Human Services, Office of Child Welfare.

Mr. Bin Dong, (40) of Salem, and Mr. Bin Bin Huang, (31) of Aumsville were lodged at the Marion County Jail and charged with:

Charges for Mrs. Yu Chen, (40) of Sacramento, CA will be referred to the Marion County District Attorney’s Office.

NWR MJ was assisted in the operation by, the Linn Interagency Narcotics Enforcement Team, and the Marion County Sheriff’s Office.